Get fresh music recommendations delivered to your inbox every Friday.
We've updated our Terms of Use. You can review the changes here.

We are All One, In the Sun: A tribute to Robbie Basho 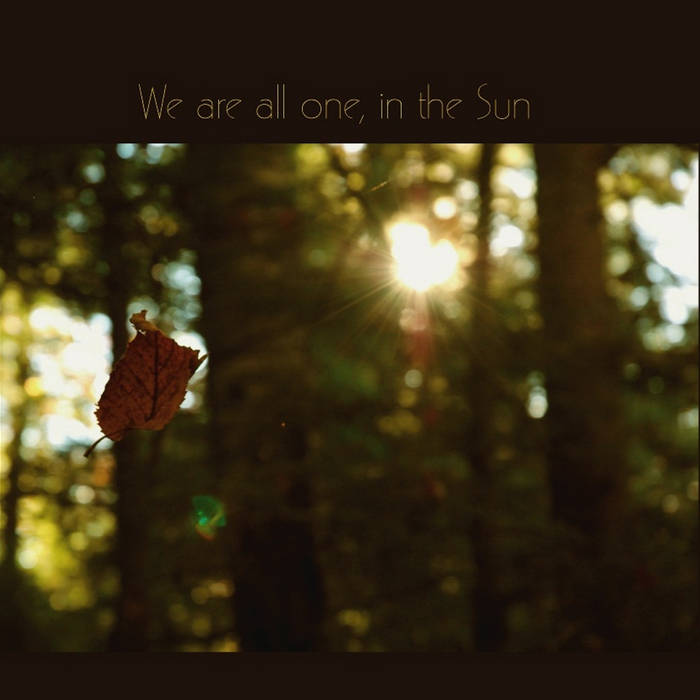 Notes from the original release on Important Records

In Robbie Basho''s lifetime he set out to champion the steel string guitar as an expressive and dignified concert instrument. His guitar playing was first brought to light in 1965, when John Fahey released Basho''s debut The Seal of the Blue Lotus on Fahey''s own Takoma Records. Armed with a unique and powerful singing voice, his 6 & 12 string guitar and a collection of special guitar tunings that he created (even originating a unique chart titled ''The Esoteric Doctrine of Color and Mood'' denoting a color and mood for each of his special tunings). Basho''s output was prodigious, but after three decades of recordings and touring, this unique American musical voice went largely unnoticed and in 1986 his voice was forever silenced by a tragic accident. Basho''s music which displays an intense passion for different cultures from around the world, was heavily influenced by Japanese (his self-chosen last name was even inspired by the Japanese haiku poet Matsuo Basho), Persian, Classical Indian, and a culture much closer to home, Native Americans. Forty-five years later, his recording legacy displays an emotional depth and pure vision that few musicians have ever achieved, and now his music is influencing a whole new generation of acoustic musicians around the world.

We are All One, In the Sun: a Tribute to Robbie Basho, represents a humble tribute to this truly original and passionate American guitarist, musician and composer.This labor of love curated and realized by musician, producer, and acoustic guitar maker Buck Curran (along with his wife Shanti performs as the duo Arborea) who after first hearing Basho, many moons ago, instantaneously felt Kindred Spirit to his music. This tribute (a collection of both original compositions and new interpretations of Basho songs) befittingly begins and ends with German guitarist and painter Steffen Basho Junghans, who has devoted almost 20 years to composing guitar music in the spirit of Robbie Basho, and who''s own compositions reflect a spiraling poetic universe like Basho''s, creations of majestic musical vistas. In addition to Junghans'' there is a gorgeous composition by Glenn Jones, a friend of Basho''s, based in Cambridge, Massachusetts. Jones is another musician who has dedicated his life to proliferated music composed on the Steel String guitar. There is also the young Irish guitarist Cian Nugent...who represents a new generation of guitarist-composers who are carrying on the torch.

Meg Baird, Arborea and Fern Knight all represent beautiful female led vocal tributes to Robbie Basho compositions that feature his passionate and evocative singing. Curran''s choice of female led vocal performances is a tribute honoring Basho''s own profound spiritual reverence and fantastical love for women. Basho''s own singing was said to have been first inspired by the beautiful and powerful voice of Peruvian soprano Yma Sumac.

The choice of involving instrumentalists Rahim Alhaj and Helena Espvall in this project was simple, in that Curran feels Basho would have appreciated their roots, virtuosity, and passion and in their sound he also hears a kindred spirit linking all three musicians. Rahim AlHaj is a Grammy Nominated Iraqi born master of the Persian Oud. AlHaj, a student of the great Munir Bashir, exhibits great technique and a pure emotional style. Cellist Helena Espvall, a native of Sweden, represents a musician (who''s first instrument was guitar) with a deep connection to her instrument, a musician who conjures up mysterious and emotionally charged improvisational music from bow and cello, music that is an amalgamation of sounds and textures from her travels all over the world.

Robbie Basho was a true American Original, a free thinking passionate intellectual and a musical pioneer whose body of works deserves the kind of recognition and glorious platform that will enable generations of young musicians from around the world to draw inspiration from. We are All One, In the Sun represents the first of hopefully many tributes and works inspired by the life and music of Robbie Basho. In Basho''s own words "Don''t be afraid to feel anything" and his credo "Soul first, technique later." We arrive at simple Zen like mantras by which all of us can live.

The digital album of We are All One, In the Sun will include evocative bonus tracks by Portuguese guitarist Joseba Irazoki and Israeli Yair Yona, and young and promising English guitarist Cam Deaz.

This record is also dedicated to the memory of Philadelphia based guitarist Jack Rose, who passed away too young (1971 to 2009) and who over the past decade created and recorded some of the most beautiful and powerful guitar music in the tradition pioneered by Robbie Basho.

*All credit is and gracious thanks are extended to Buck Curran for putting this passionate collection together and dropping it (art & all) on my lap. All I had to do was say yes. - John Brien/Important
credits
originally CD released on Important Records 27 April, 2010

‘We are all one, In the Sun’ Curated and Produced by Buck Curran
Cover Photography, Compilation Audio Editing, and Assistance by Shanti Curran
For more information about Robbie Basho, Please visit the Steffen Basho Junghans maintained website: Robbie Basho – Archives

‘We are all one, In the Sun’ (a tribute to Robbie Basho) was realized in Lewiston, Maine between 2007 and 2009. Photo of Robbie Basho by Ron May. Moving Up A Ways, Blue Crystal Fire, and Song for the Queen - original lyrics and melodies by Robbie Basho.

8. Fern Night - Song For The Queen

Immortal Light is the debut solo album by guitarist-singer-songwriter Buck Curran (of the duo Arborea). Since 2005, Buck has recorded and performed around the World as one half of the alt-folk duo Arborea who has released five albums, and produced two various- artist compilations (Leaves of Life: a benefit for the World Food Program and We Are All One, In the Sun: a tribute to Robbie Basho. ... more

If you like We are All One, In the Sun: A tribute to Robbie Basho, you may also like:

Bandcamp Daily  your guide to the world of Bandcamp

The Hammer and The Relentless from the Boston band Malleus stop by for a chat.